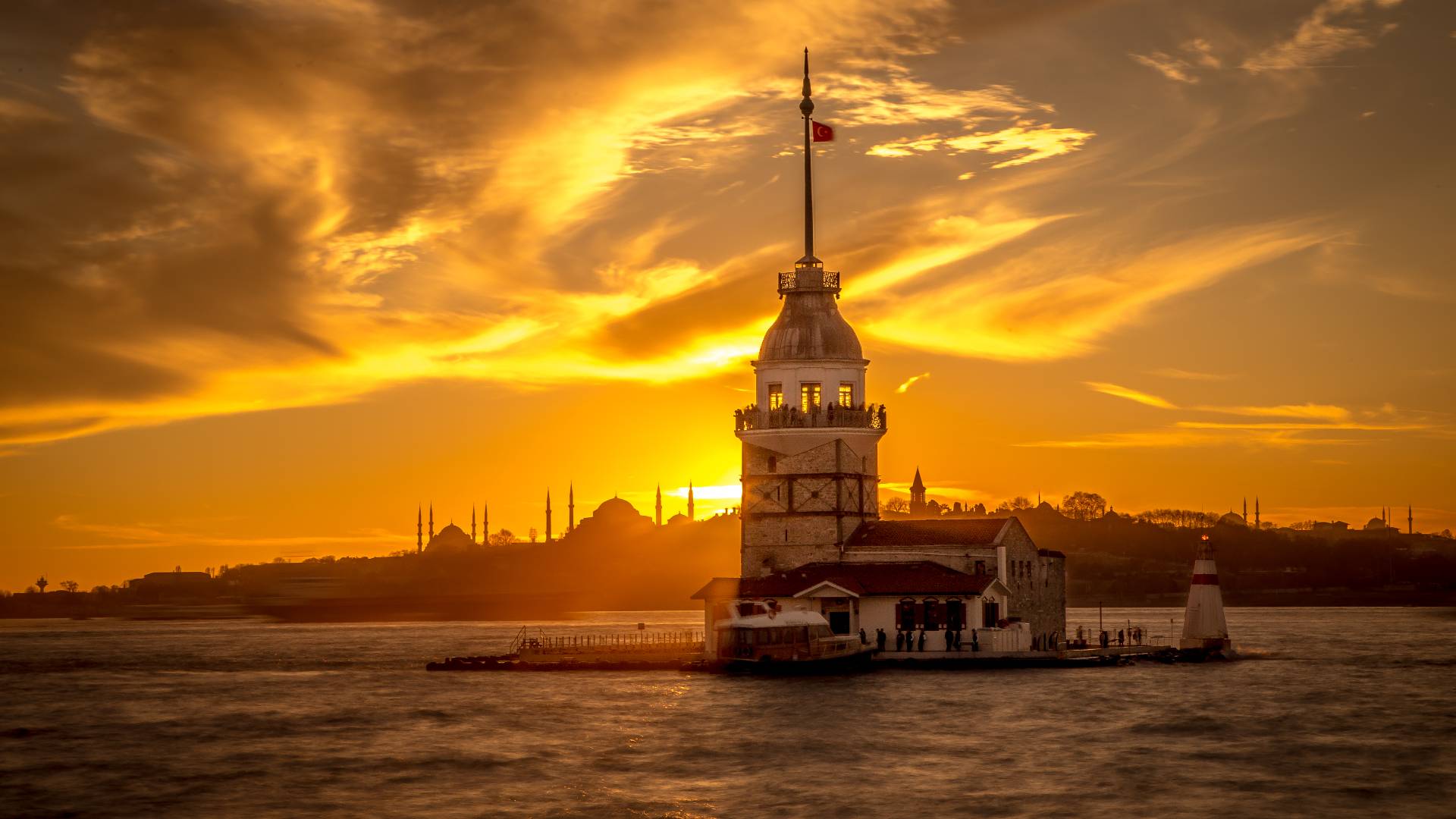 Day 1: Arrive in Istanbul
Welcome to Istanbul and the first leg of “Turkey, Tanzania & Tel Aviv!”When you arrive in Istanbul you’ll be met by your driver transferred to your hotel.  The balance of the day is yours to explore the city. 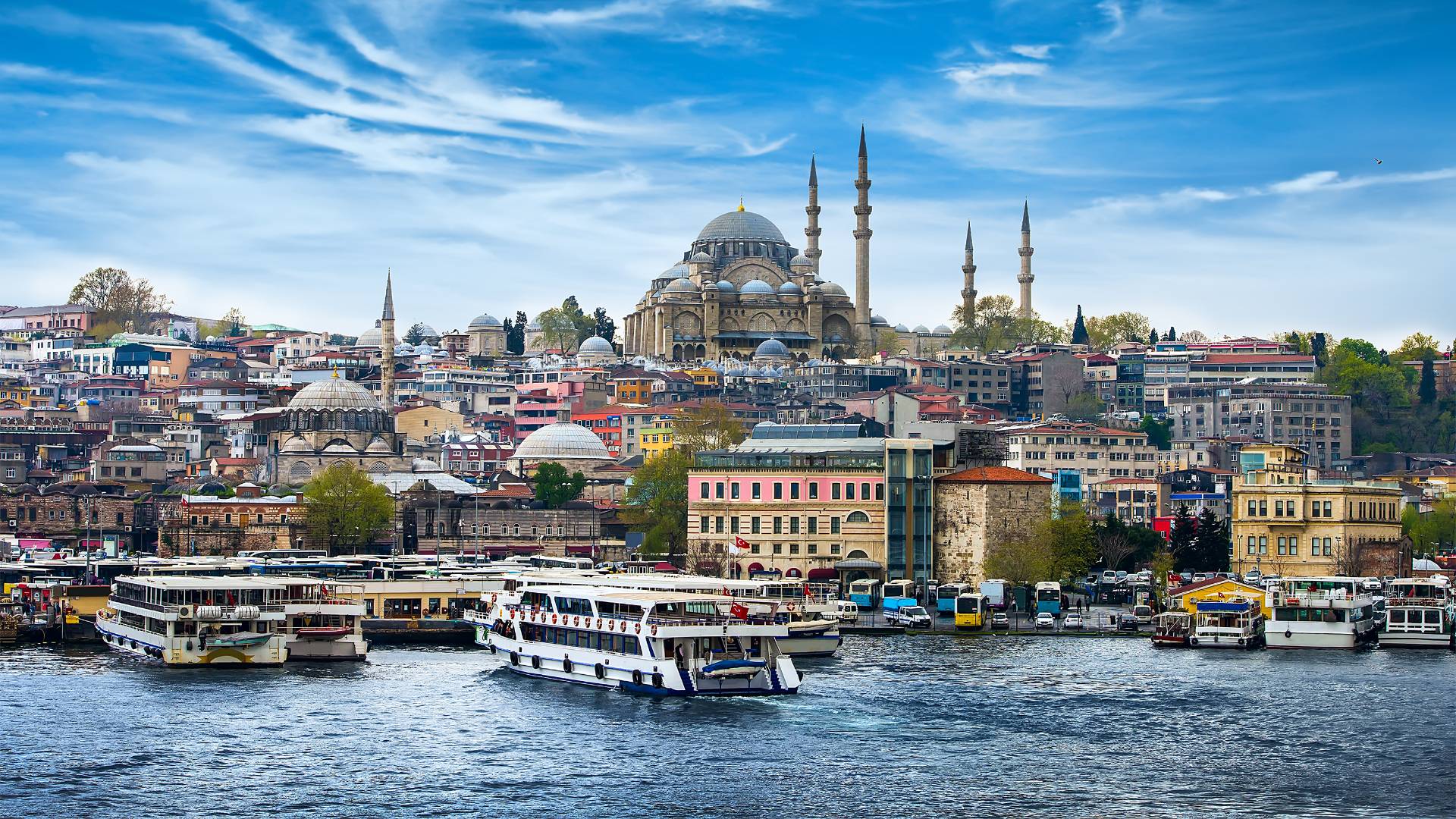 Day 2: Istanbul
Your first day of touring, with your private guide,  will focus on the Old City as it was in the days of Justinian and the other Roman Emperors. First up is the site of the famous Hippodrome. Walk to Sultan Ahmet Camii, better known to us as The Blue Mosque. Then visit Aya Sophia, the great church built by the Emperor Justinian. After a private and instructive tour, you’ll be taken to the impressive Underground Cistern created by the Romans (fans of the James Bond movie “From Russia with Love” will recall that Bond paddled across the cistern to spy on the Russian Embassy.) Visit the legendary Topkapi Sarayi,  begun by Mehmet the Conqueror, a supreme example of Ottoman architecture. Return to your hotel at the end of your tour. (B) 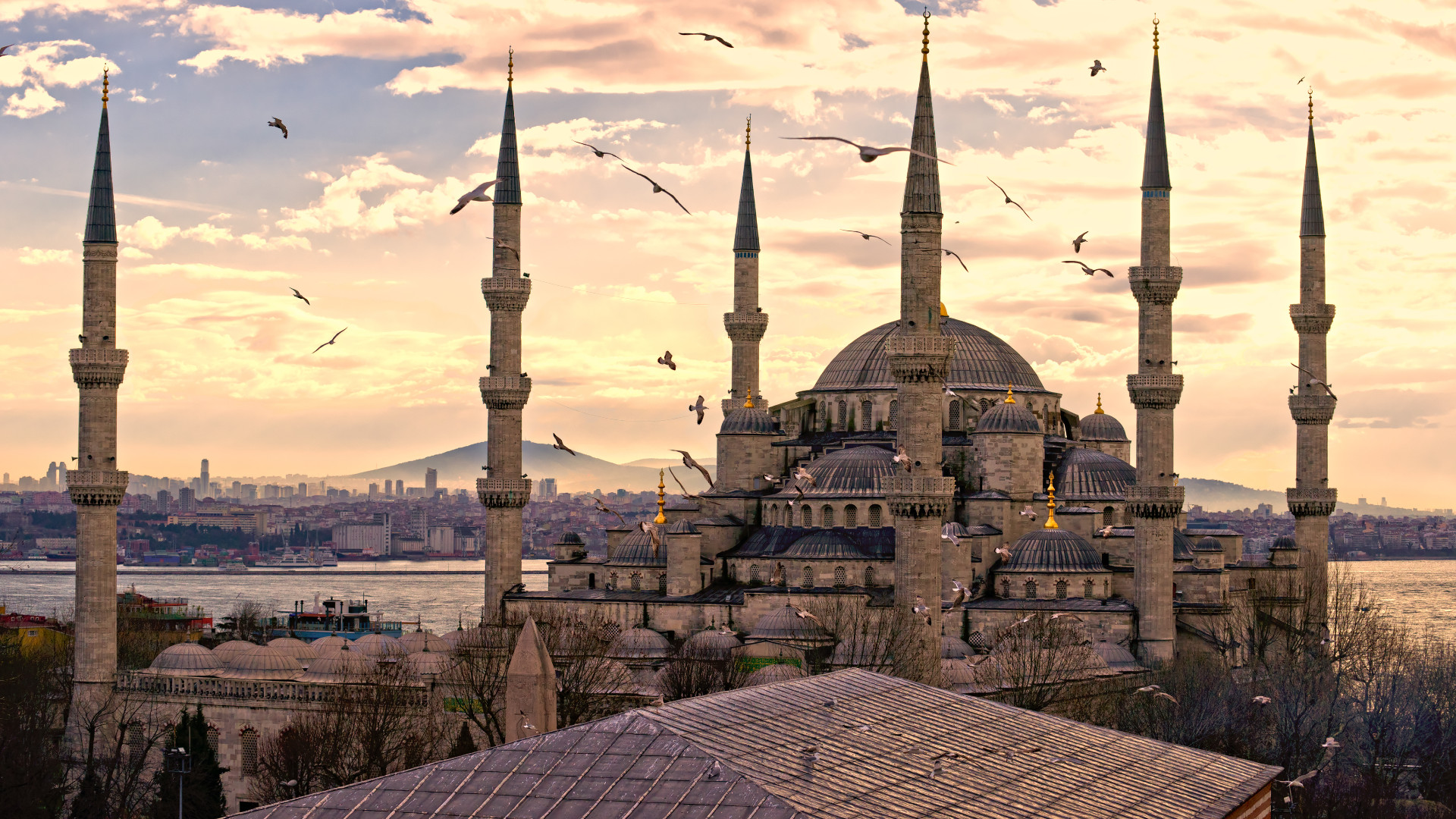 Day 3: Istanbul
This morning your personal guide will meet you at your hotel for your next tour. The day starts with the impressive 5th century Theodosian Walls and the nearby Kariye Museum, once a church dating back to the reign of Constantine the Great in the 4th century. Now it’s a museum famous for its superb mosaics. Continue your morning sightseeing with a visit to the grand Suleymaniye Mosque.  Conclude with a visit to the Grand Bazaar, a unique covered market with over 4,000 shops nearly everything under the sun!  This afternoon you’re off to Asia! Cross the Bosphorus Bridge from the European side of Istanbul to Asia where you’ll visit the Beylerbeyi Palace, built in the late 19th-century as a summer residence for the sultan.  Return to the Hotel for the evening. (B) 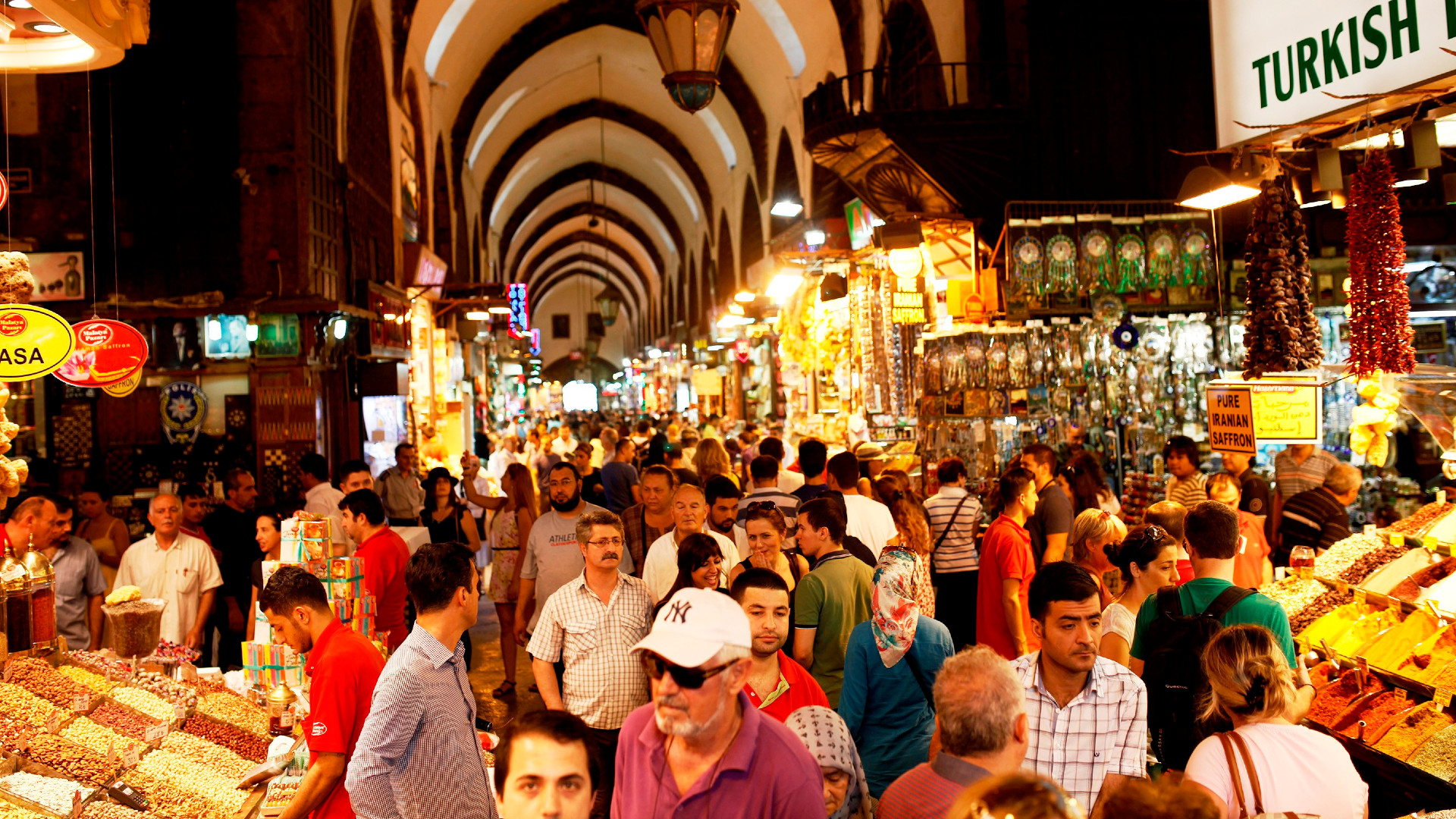 Day 4: Istanbul | Cappadocia
Transfer to the Istanbul Ataturk Airport for your flight from Istanbul to Kayseri and drive to the land of wonders that is Cappadocia. The region’s unique landscape of multicolored pinnacles and lunar rock formations known as “Fairy Chimneys” are hollowed out with Byzantine churches, monasteries and entire subterranean “cave towns.” Your first stop will be Devrent Valley with a famous animal-shaped fairy chimney. Here there are streets lined with handsome stone-built 18th-century Ottoman mansions. Continue to Pasabagi (Monk’s Valley) to see the most interesting mushroom-shaped pinnacles followed by the rock-carved churches of Göreme National Park, like an open-air museum. Check in at your hotel. (B)

Day 5: Cappadocia
This might be your favorite day while in Turkey!  Start your day early for a thrilling hot air balloon ride!  Depart from the hotel at 09.30-10.00 (depending on the arrival time of the balloon ride) for a tour including a hike through the Rose Valley along one of the most breathtakingly and mysteriously beautiful valleys in the region. Afterwards visit the old Christian village of Cavusin. Continue to the village of Avanos at the banks of the Red River “Kizilirmak”, the center of handmade pottery made from clay obtained from the river next to the village. These potters have been practicing their craft for more than 4,000 years! This afternoon drive to see the Kaymakli Underground City of Kaymakli and visit the Ortahisar natural rock castle. Return to your hotel. Overnight. (B) 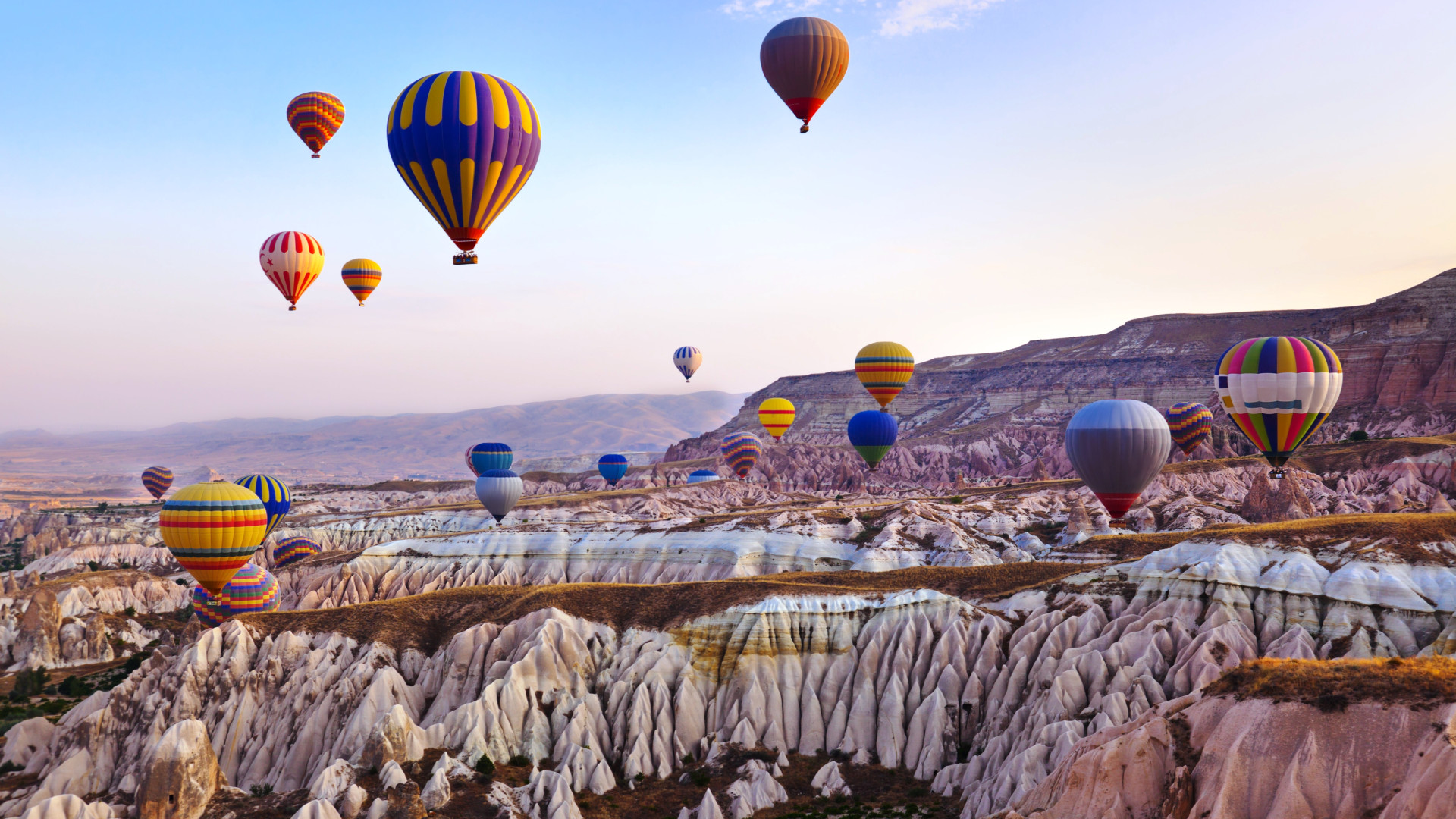 Day 6: Cappadocia | Tel Aviv
Breakfast at the hotel, free day at leisure till flight time.  Transfer to Kayseri Airport for your flight to Tel Aviv via Istanbul.

The second leg of your journey brings you to one of the world’s most exciting cities, Tel Aviv. Rich with history, Tel Aviv is also a modern city with cafes, museums, art galleries and a pulsating nightlife!  Your visit here also includes time in ancient Jerusalem.Upon arrival in Tel Aviv, you will be met and transferred to the Carlton Tel Aviv Hotel. (B) 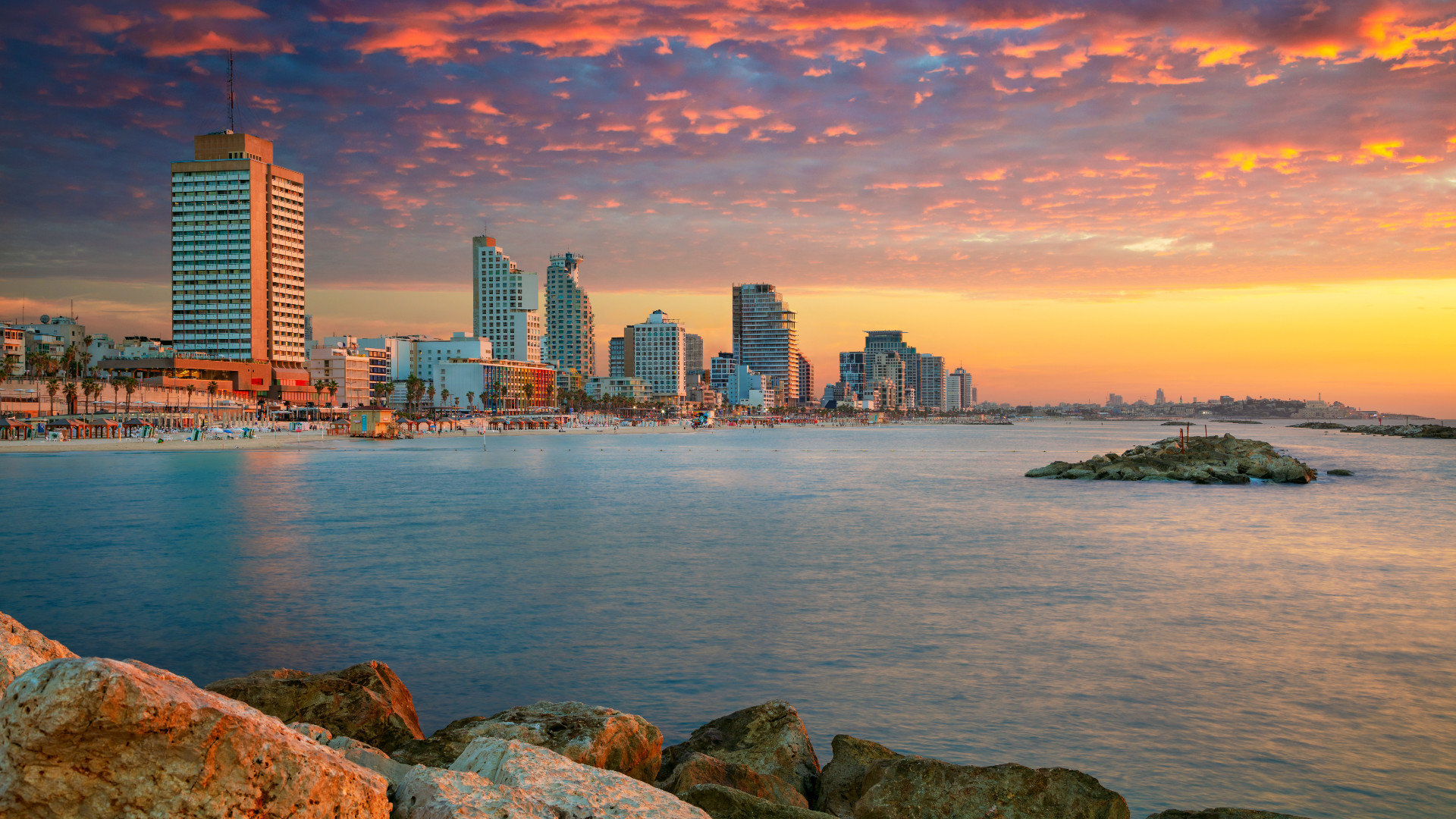 Day 7: Tel Aviv
After breakfast, you’ll begin a walking tour of Tel Aviv, center of business, arts and entertainment of Israel. Tel Aviv was declared a UNESCO World Heritage site for its many Bauhaus style buildings which are famous around the world for setting the architectural tone of the city. You’ll stroll down Rothschild Boulevard, admire the unique buildings that surround the boulevard that led to Tel Aviv’s nickname of the ‘White City’. A stop at Rabin Square marking the place where Prime Minister Yitzhak Rabin was killed. From here you will drive to Old Jaffa, one of the oldest port cities in the world where you’ll visit the ancient ruins and walk through the Artist’s Quarter. You’ll return to Tel Aviv for overnight (B) Day 8: Tel Aviv | Caesarea | Tel Aviv
This morning it’s off one of the most famous cities in Israel, Caesarea. Once the Roman capital of the region, you’ll have time to explore the ancient excavations including the aqueduct and amphitheater as well as the city of the Crusaders. At the end of your tour, you’ll return to Tel Aviv with time to explore the city on your own. Overnight. (B) Day 9: Tel Aviv | Jerusalem
Today, transfer from Tel Aviv to Jerusalem. Upon arrival, check in at the American Colony Hotel. The remainder of the day is yours to walk Jerusalem’s ancient streets, shop in the markets or unwind at the hotel. Overnight. (B) 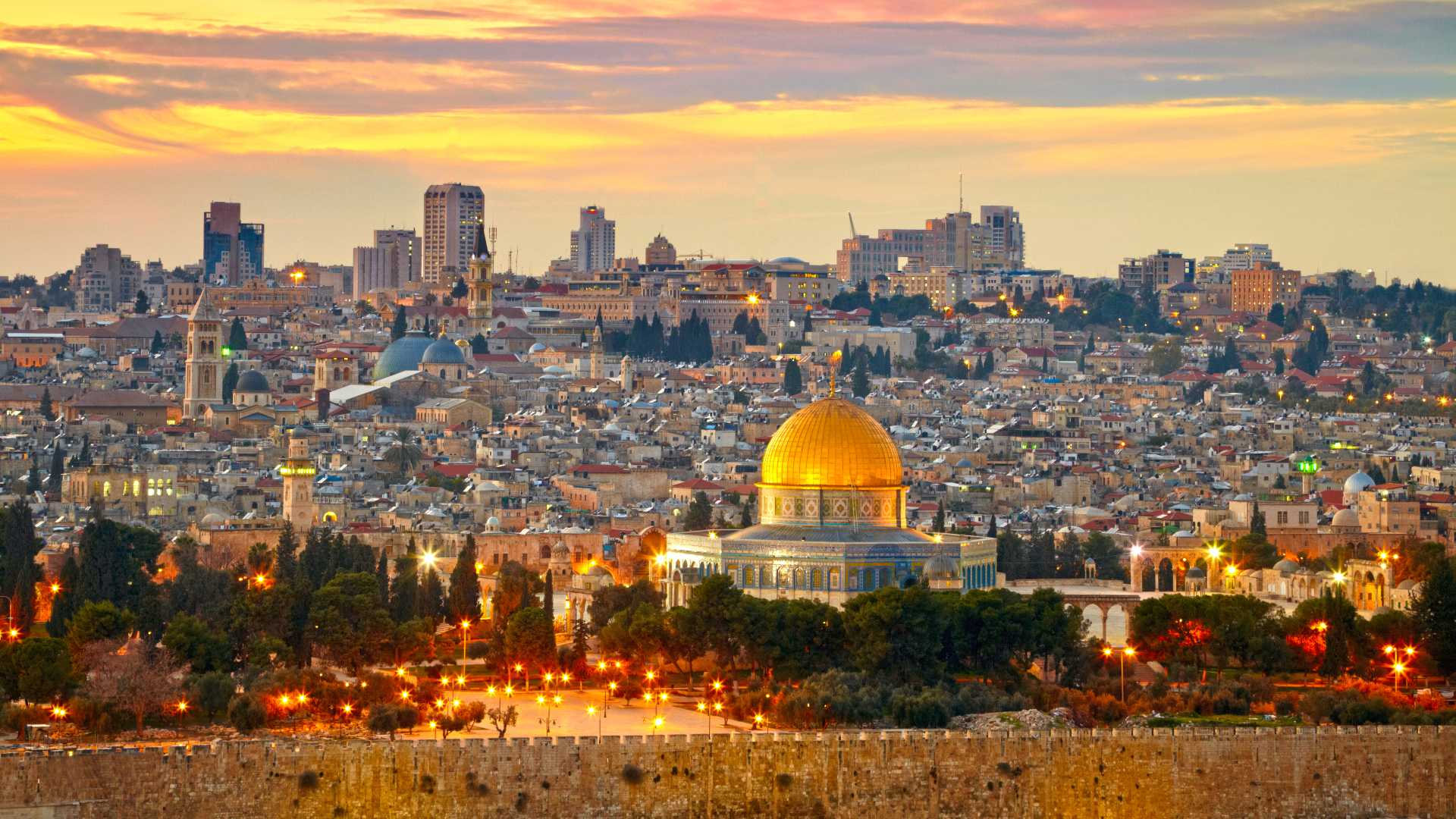 Day 10: Jerusalem
Begin the day with a drive to the Mount of Olives for a stunning panoramic view of the city. You’ll visit the Church of All Nations as well as King David’s Tomb and the room of the Last Supper. Returning to the city, you will enter Jerusalem’s Old City via the Cardo, the ancient Roman road. Visit the Jewish and Christian quarters, view Temple Mount and walk along the Via Dolorosa. You’ll also have time to stroll the oriental bazaar and visit the Church of the Holy Sepulcher and Yad Vashem, the Jewish Holocaust Memorial Museum. Overnight. (B) 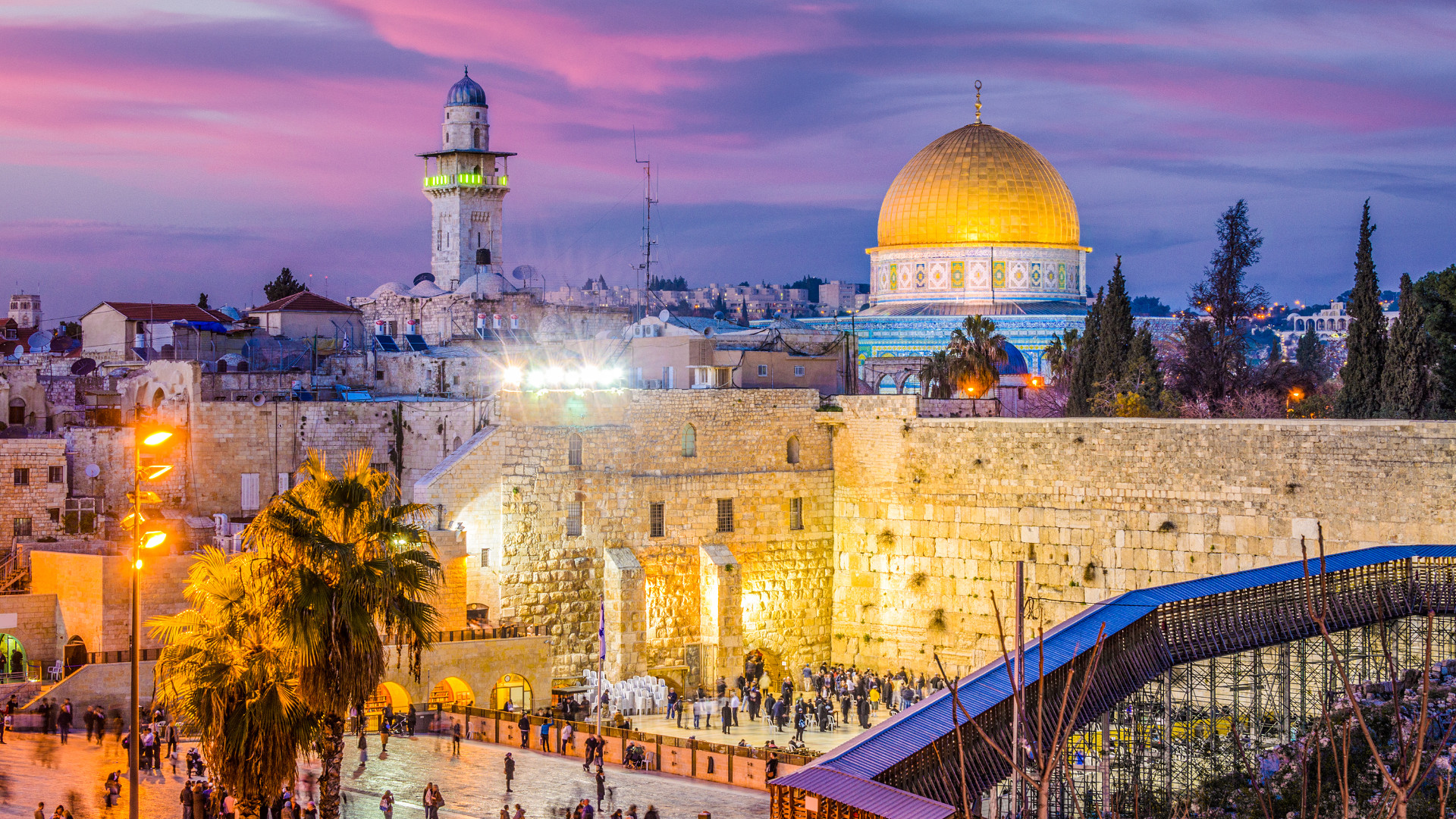 The third and final leg your program brings you to Tanzania, home of Kilimanjaro, Zanzibar, the Serengeti and the Big Five!

Welcome to Tanzania! Upon arrival, you will be met by your driver and transferred to Arusha for dinner and overnight at the Arumeru River Lodge. (B,D) 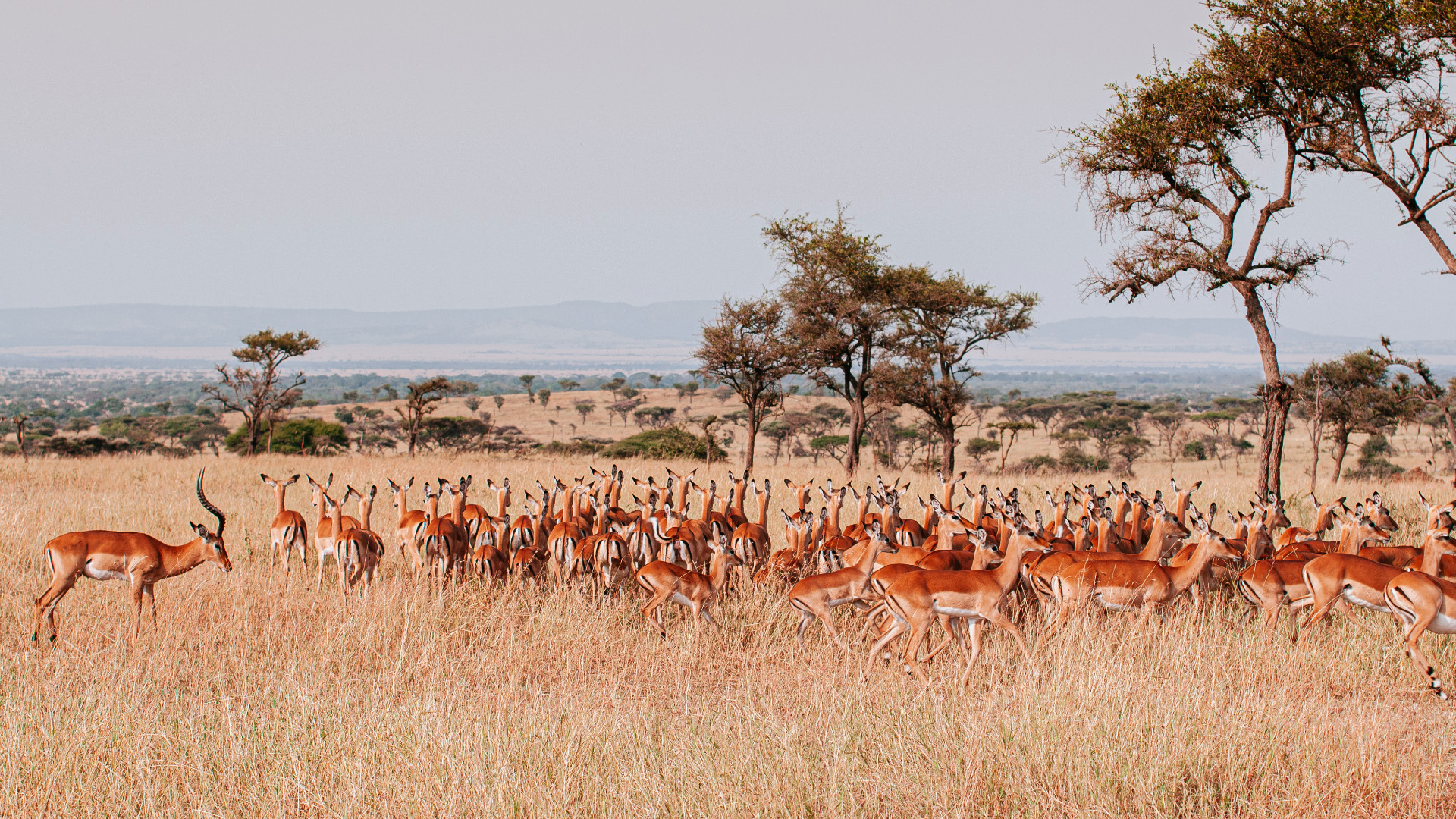 Day 12: Arusha | Serengeti National Park Safari
This morning fly from Arusha to the world-famous Serengeti National Park. Serengeti National Park is undoubtedly the best-known wildlife sanctuary in the world, unequaled for its natural beauty and scientific value, it has the greatest concentration of plains game in Africa. Established in 1952, the park is home to the greatest wildlife spectacle on earth – the great migration of wildebeest and zebra. The resident population of lion, cheetah, elephant, giraffe, zebras, Nile Crocodiles and birds is also among the best in the world.The park covers 5,700 sq miles, (it’s larger than Connecticut, with at most a couple of hundred vehicles driving around at any given time as access is tightly controlled.Your stay here includes two days game drives, with picnic lunch. Dinners will be served at your hotel, Grumeti Hills. (B,L,D) 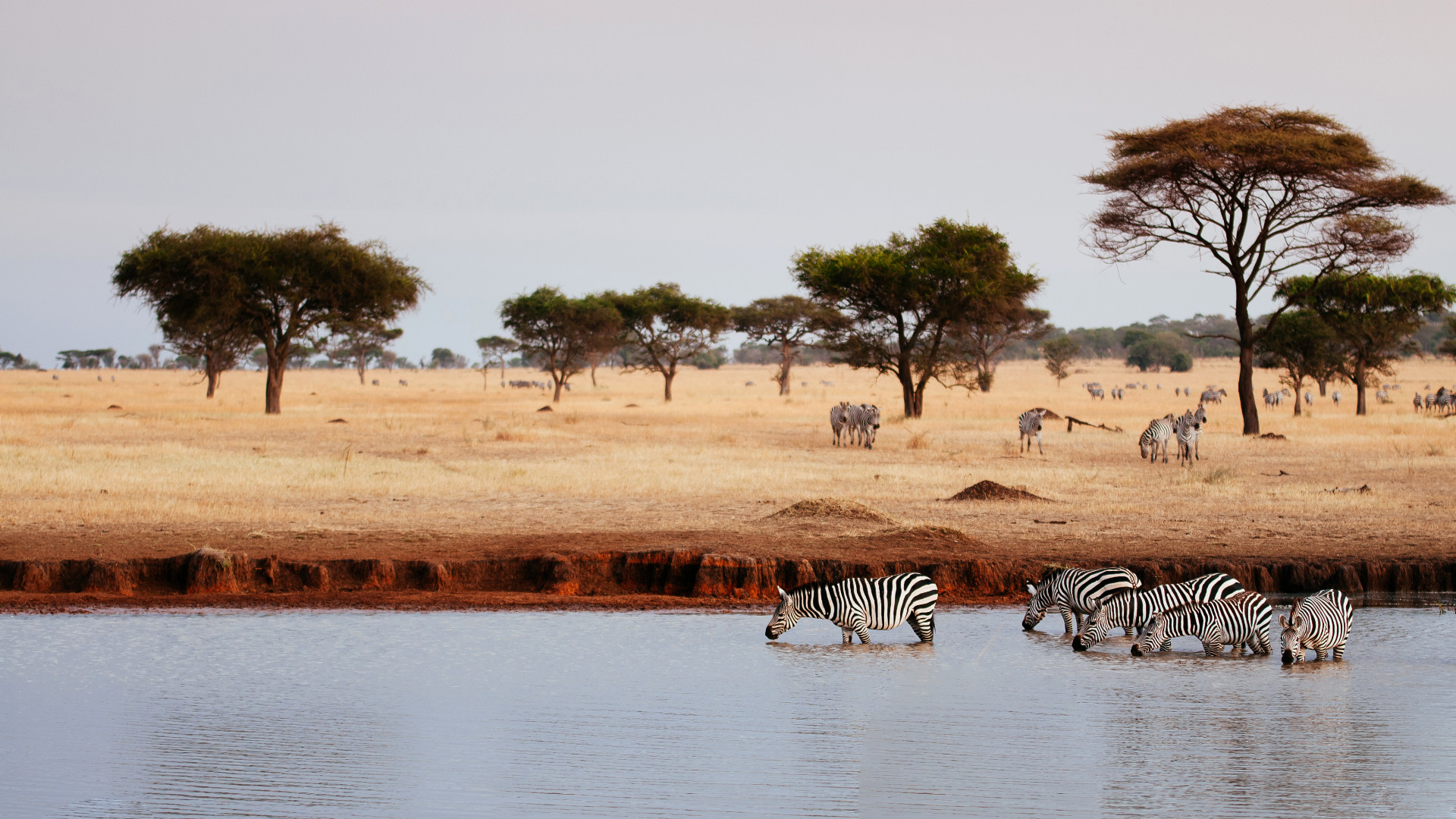 Day 13: Serengeti National Park Safari
Day 2 of your stay in the Serengeti 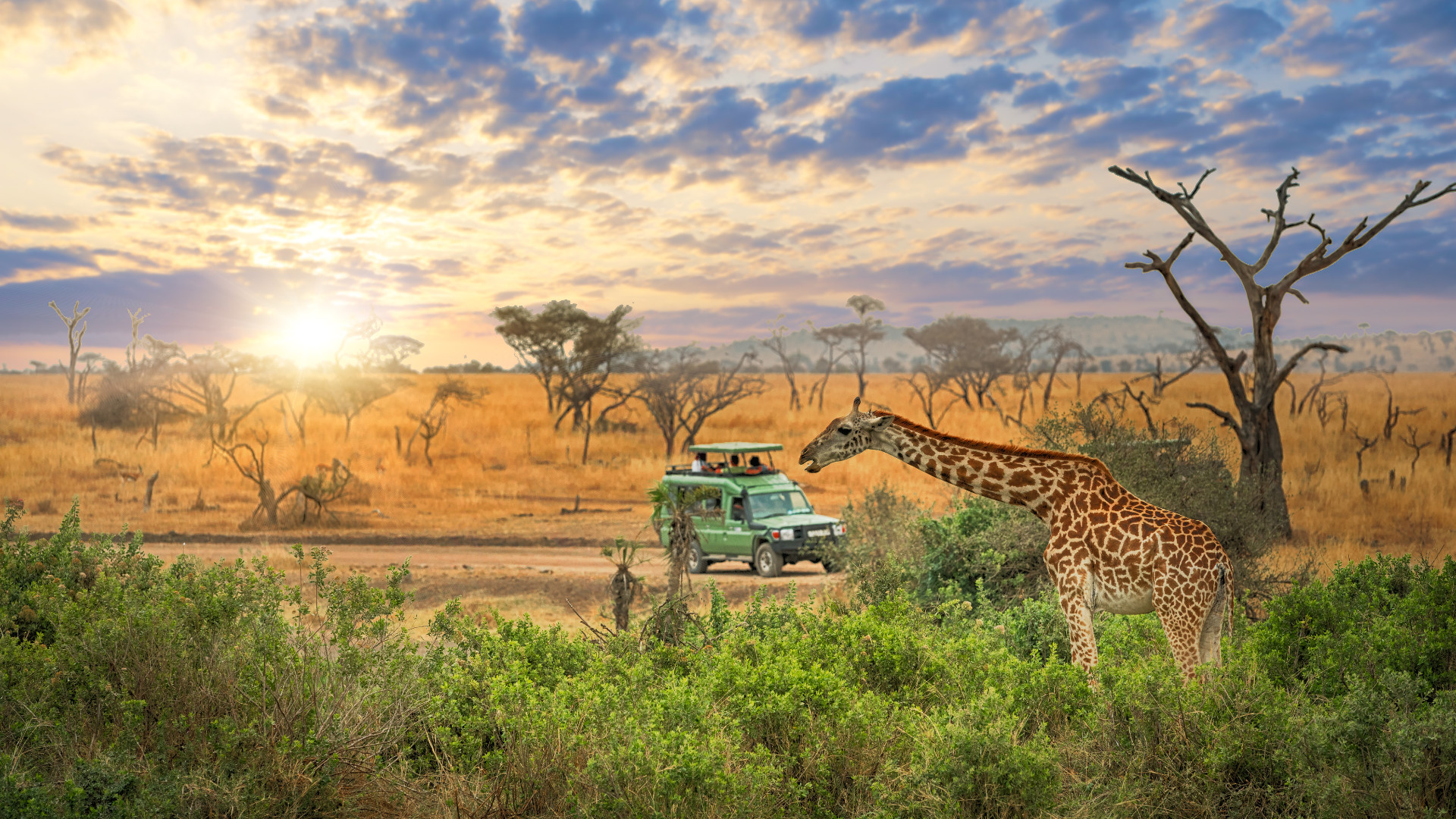 Day 14: Serengeti | Ngorongoro
Today you’ll experience a full day game drive in Ngorongoro Conservation area with a picnic lunch. Ngorongoro Conservation Area in northern Tanzania is home to the volcanic Ngorongoro Crater and of course, the “Big 5” (elephant, lion, leopard, buffalo, rhino). Huge herds of wildlife traverse its plains where the Maasai Tribe lives side by side on the land. In the evening, you’ll enjoy a very special moment when a member of the Maasai Tribe walks with you to see the sunset. Dinner will be served at your hotel, the Oluvai Camp. (B,L,D) 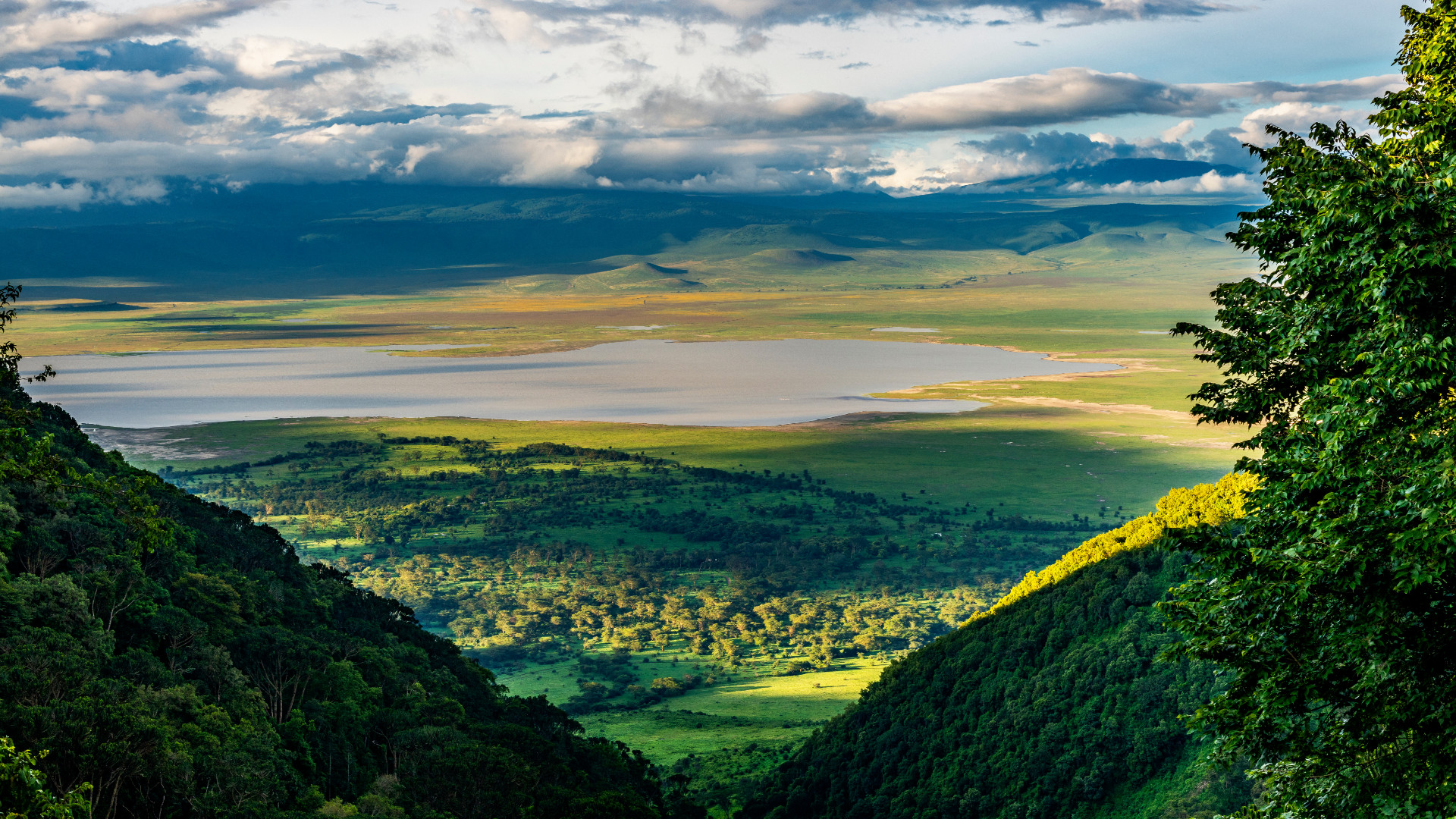 Day 15: Ngorongoro
Another exciting day in Tanzania as you continue your exploration by Ngorongoro Crater with another fabulous picnic lunch and dinner at the hotel. The Ngorongoro Crater and the highlands that surround it create one of the most breathtaking vistas in all of Africa. Volcanic craters form stunning backdrops to some of the richest grazing grounds in Africa.  The most famous is Ngorongoro, the world’s largest intact volcanic caldera and home to the highest density of big game in Africa – including of course the Big 5 making Ngorongoro one of the continent’s most sought after safari destinations. (B,L,D) 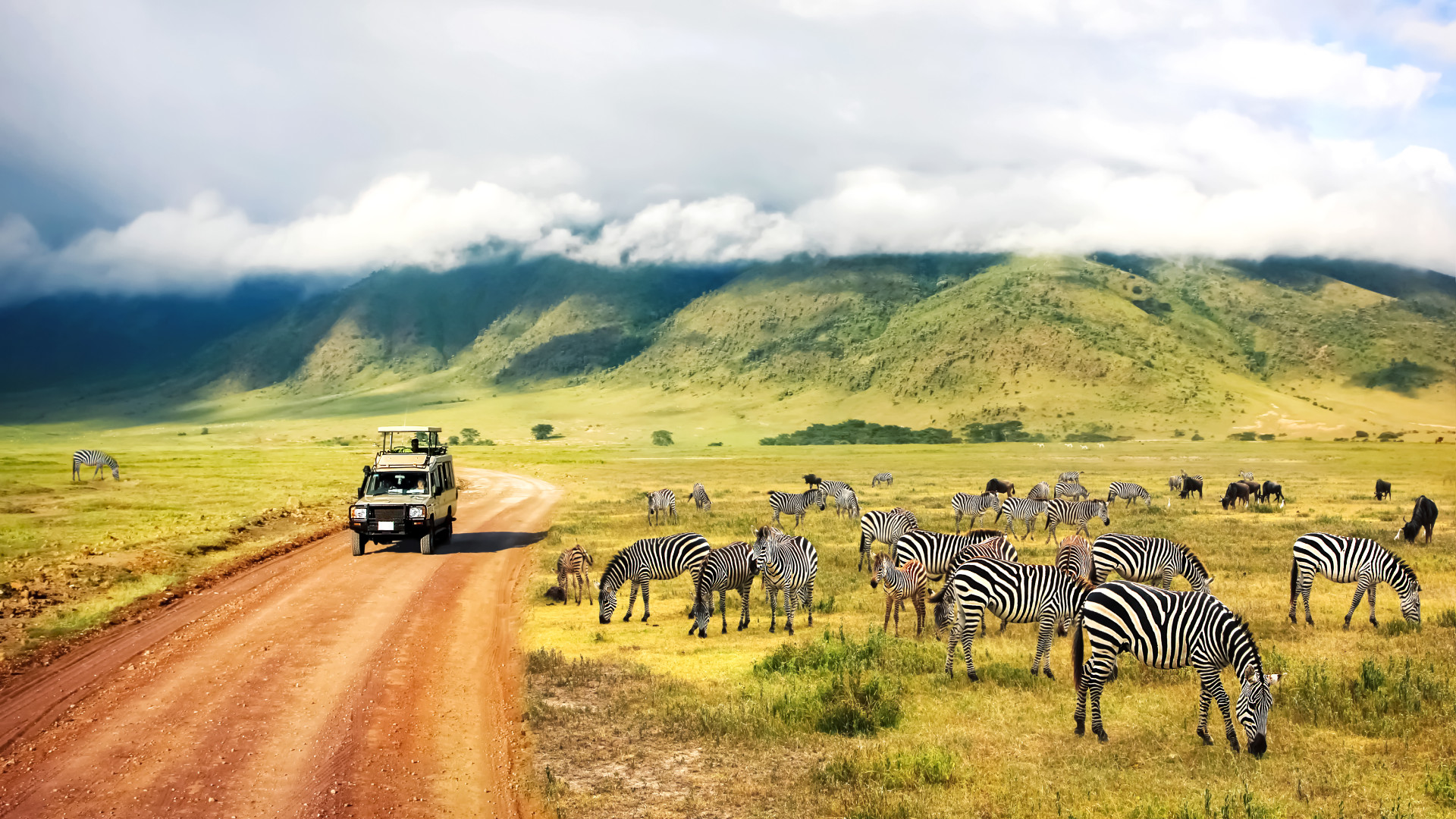 Day 16: Ngorongoro | Depart Arusha
Today you head back to Arusha where you will enjoy lunch at Rivertrees before being transferred to the Kilimanjaro Airport for your flight home or possibility to extend your stay. (B)