By this point, I hope it has become apparent that transparency, follow through, and transition do not scare me. They are, I believe, essential to success. In a world where good intentions have become irrelevant compared to actual actions, it is even more important to always walk your talk.

When I first took over the company, there was plenty I did not know about its operations, but I knew it was no longer trusted. The company had lost its credibility among those who mattered most: our employees, business partners, supplier partners, and clients. This is not about blame or pointing any fingers, but when the person who was the voice and leader of the company for 40 years is no longer there, you can only imagine how distressed everyone was. And while I believe that leadership was doing the best they could, it wasn’t enough. The truth is, as I would frequently tell our team, that in order for us to have a chance of rebuilding, I needed to become the new voice of the company. I needed to become the child who would say that the “emperor has no clothes” if we were going to have any chance of being trusted again and back to where my father would be proud.

Just as it was for me when I took over the company, it is important today—with the catastrophic impact of the covid-19 pandemic on the world and on our industry—to work from a premise of honesty. And not just optics honesty, but the kind of honesty that conveys to someone how much you care and respect them by being transparent. Transparency is essential to good leadership. I also knew that in order to gain respect from those who mattered most to me and to the life of the company, I needed to lead by example. My father was honest, and he always treated people with respect. Also, he had a knack for making someone feel like the most important person in the room. As a Gelber, it is part of our DNA that I carry with great pride.

Difficult decisions were not something I took lightly, especially knowing how my decisions were going to impact those who had been loyal to the company and to my father for so many years. It was tremendously stressful having to change the culture from “that’s how we’ve always done it “to “that was then, and this is now.” Coming from outside the industry was a double-edged sword; on the one hand, it allowed me to bring fresh eyes and a new perspective, but on the other hand, it took longer to implement change because of the natural resistance from people who had done something a certain way for so long. Likewise, today we are all going to have to look at how things have been done in the pre-pandemic past and how we will need to change and do things differently going forward.

As is our current reality, I also had to let go of the past to move through three challenging transitions. While the company was gaining momentum and transforming with new branding and a name change, I had some personal transformations that were not so easy, and that stirred quite a bit of emotions for me during this time of change.

The first and most difficult, as a son. Even though, with the name change, I made sure that our brand included ‘An Ady Gelber Legacy Company,’ there came a point when it was necessary for me to stop calling it my father’s company and to start calling it mine. Internally I resisted this for a long time, but I knew to honor my father and his legacy, I had to let go of the past to transition from my dad’s company to mine. It may not make sense, but this decision had me mourning his loss all over again, even though I knew it was time.

The second most difficult transition for me was forgiving my father’s previous partner. Rightly or wrongly, I had strong feelings about how the company was run and decisions that were made from the time my father became ill until he died, most notably, losing the right to sell Israel from the US. Our company, my father’s legacy, and I were all born in Israel. Israel is integral to our history. When I took over the company, I had two purposes; one, to honor my father’s legacy, and two, to get us back selling into Israel. The idea that we could not sell into Israel, my birthplace, and the place my father pioneered tourism to what it is today, was not only upsetting, but personally very troubling. I knew, to get there, I needed to stop being angry and try to understand what took place from the perspective of my father’s 30-year friendship/partnership. It was a decision that that will pay dividends for years, and not just financially, but personally too.

I think it is important to remember that timing is everything in life. It never makes sense to question why it took so long, just be happy that the moment came. It took me almost two years to understand that this man really loved my father like a brother. It happened one night as I was thinking, for some odd reason, about the day of my father’s funeral. I remembered that the evening my father passed away, this partner dropped everything going on his life, got on a plane, and took an 11-hour flight to make sure he was at the funeral the next morning. That one moment two years later overwhelmed me with a sense of forgiveness. Today we are back to selling Israel and I consider him a cherished family friend whom I visit each time I am there. As I am writing this, I just received confirmation from the Board at TOPI, (Tour Operators Promoting Israel) that we have been accepted as a member, a foundation that my father was one of two founding members. Never say never.

Finally, the third tough transition was when our president moved on after 10 years with the company. He was the best human being anyone could have been to my father during his final years, all while trying to navigate the company. Large shoes to fill, he did the best he could, and his intentions were always good, regardless of how things turned out. He will always be an important part of this company’s history for what he did for my father, and what he did to support me and my father’s legacy. He was more than just the president of the company, my right hand and always available, who gave me a crash course on this industry. He was also the closest connection to my father during his final years, and the connection for both of us created a bond that will last a lifetime. I never envisioned him not being a part of our company’s future, but he knew better than me that he needed to move on for this really to be my company and not my father’s. It took me a minute to understand and appreciate it, and our friendship has grown even stronger since then. FYI, he was with us kids at the hospital when my father died, which ironically was on this man’s birthday. Transitions and accepting change….one step back to go two forward.

Our covid-19 era necessitates change. It will require more transparency with how we travel and how we work and engage with people. Our story has been a story about change; changes both forced upon us and those we initiated. From the responses I have received while taking this journey over the last 3 years, people want to know my story, and many times, want to become a part of it. You too have a story. Do not be afraid to share it and do not be afraid to be transparent. You might be surprised at how many people want to hear it and become a part of it.

Next week we will be getting back to business, with updates on travel, T&C and future bookings. I hope you have enjoyed reading our story over the past few weeks, and trust that marketing newsletters will follow. You will only hear from me when there is something relevant or important to share, or more of our story as it continues. Stay safe, healthy, and diligent as you work towards the new tomorrow, and do not forget that your first instincts are normally your best when making tough and necessary decisions. 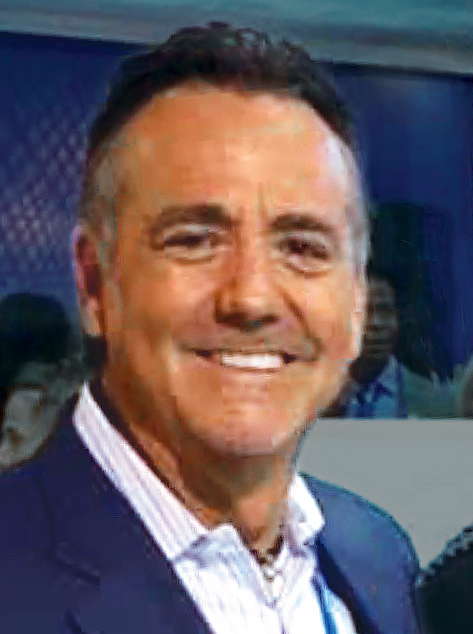