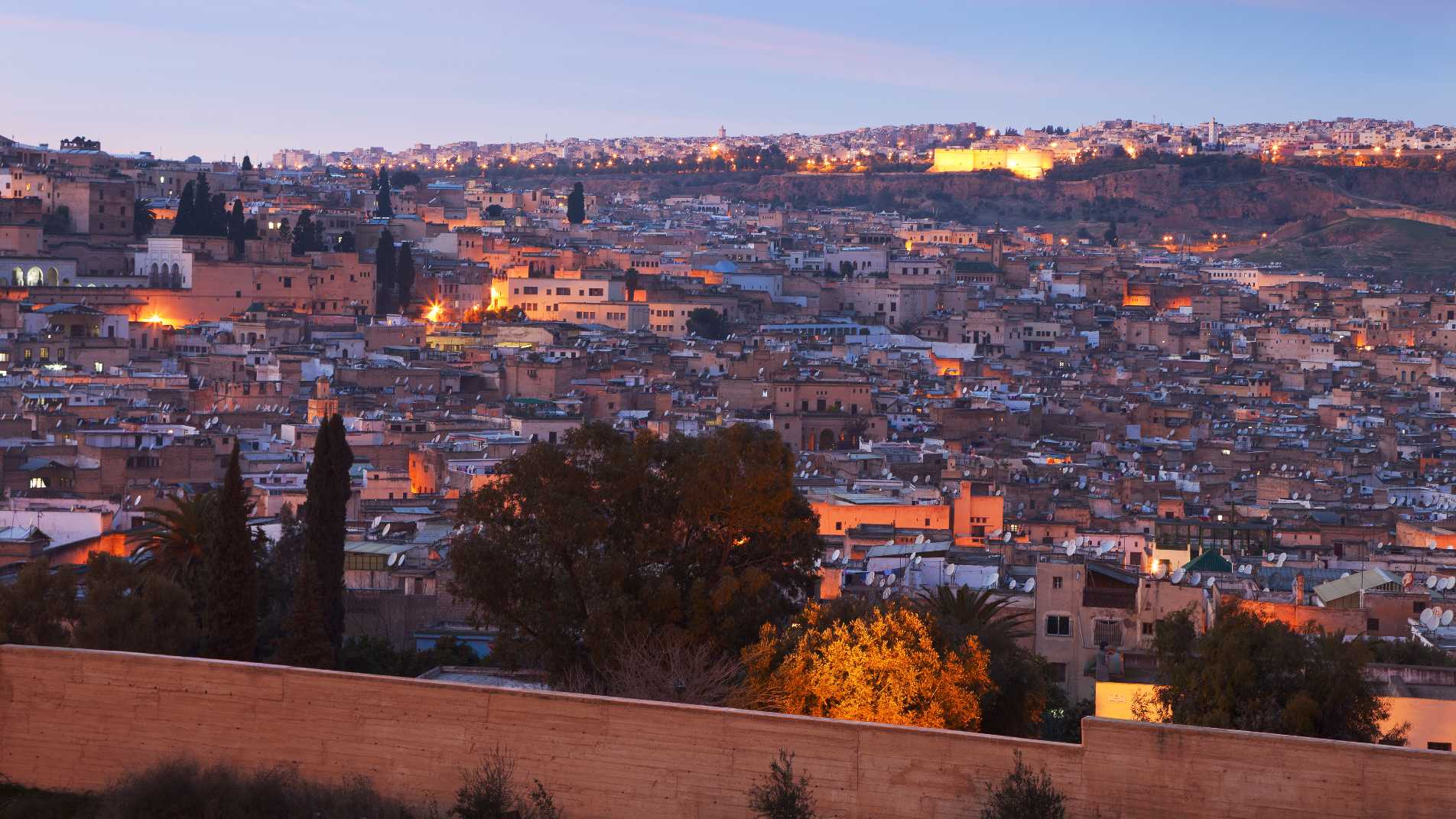 Day 1: Casablanca | Rabat
Upon arrival, you will be met at the airport. Then drive along the city’s wide boulevards and pass the Mosque of Hassan II where you have the option to visit the interior. Continue to the Imperial “Garden City” of Rabat. 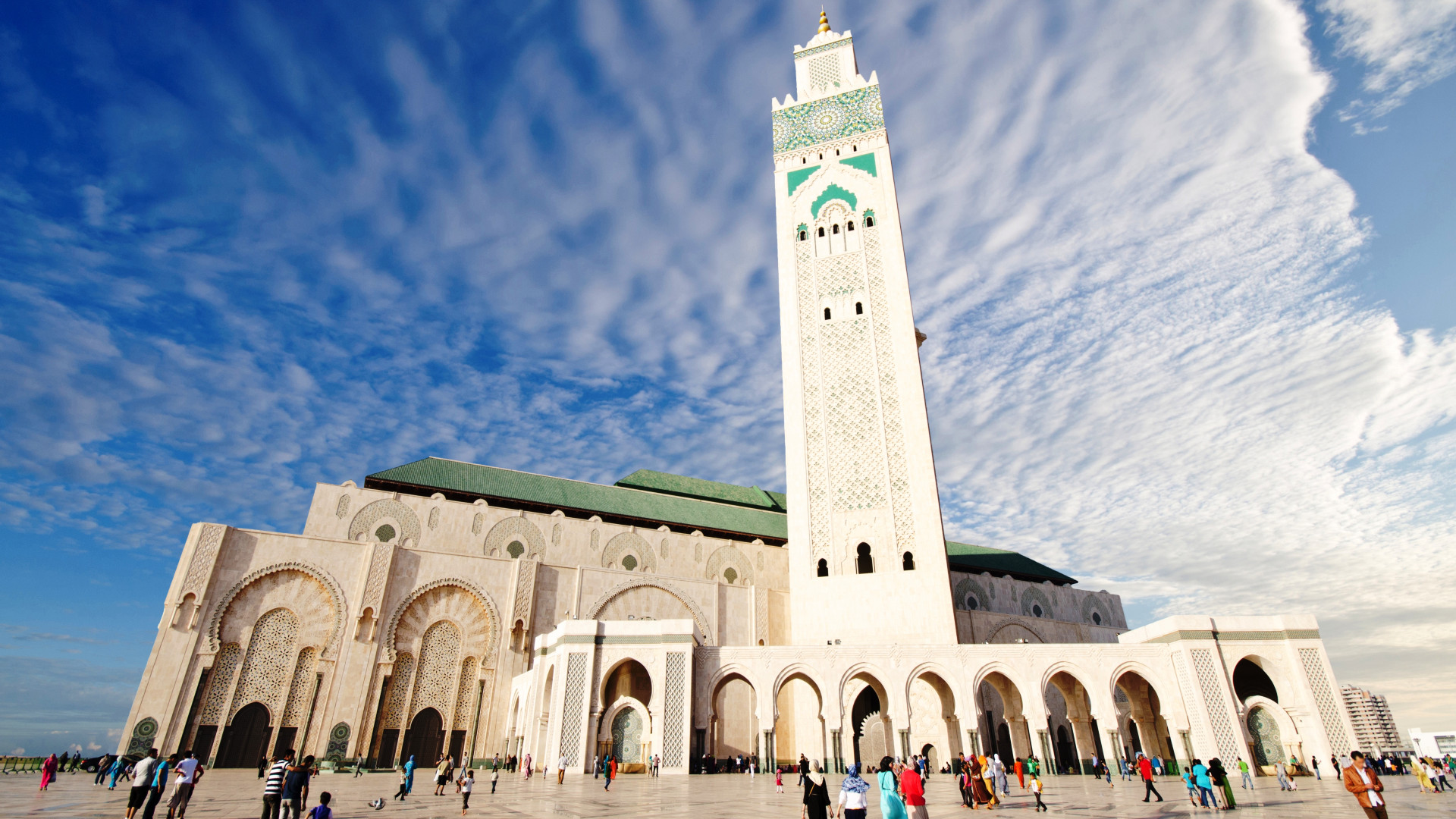 Day 2: Rabat | Meknes | Fes
Morning tour of Rabat, a UNESCO World Heritage site. Included are the Kasbah of the Udayas, the Royal Palace within the walls of the Mechouar, Hassan Tower and Mohammed V Mausoleum – the city’s invariable symbol magnificently situated on the crest of a hill. Continue to the 8th-century Imperial city of Meknes, the “Versailles of Morocco. See the monumental gates of Bab Mansour before continuing to the Roman ruins of Volubilis, another UNESCO World Heritage site. See the holy city of Moulay Idriss, which holds the tomb of Moulay Idriss, the founder of Islam in Morocco. (B) 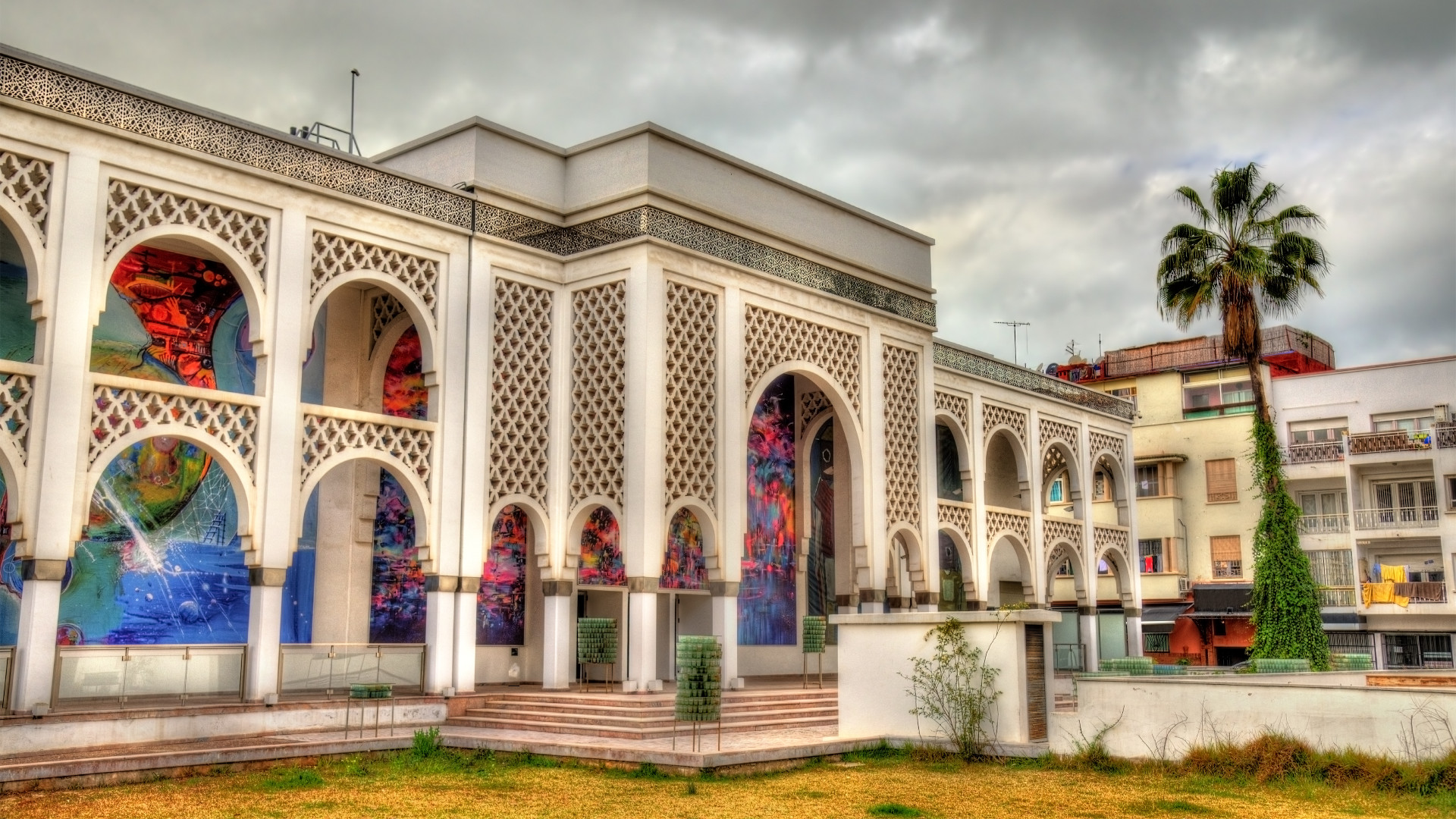 Day 3: Fes
Tour of Fes, oldest of the Imperial cities, founded in 790; today, the spiritual, cultural, and educational center of the country, renowned for its traditional crafts. Your tour includes the monuments and historical sites such as the Karaouine University and Mosque. At the center of the square stands the Nejjarine fountain, decorated with tiles, and considered to be the finest examples of geometric ornamentation in the city. In the afternoon, walk along the winding cobblestone lanes of the ancient souk and to see the ancient Dyers Tannery. (B) 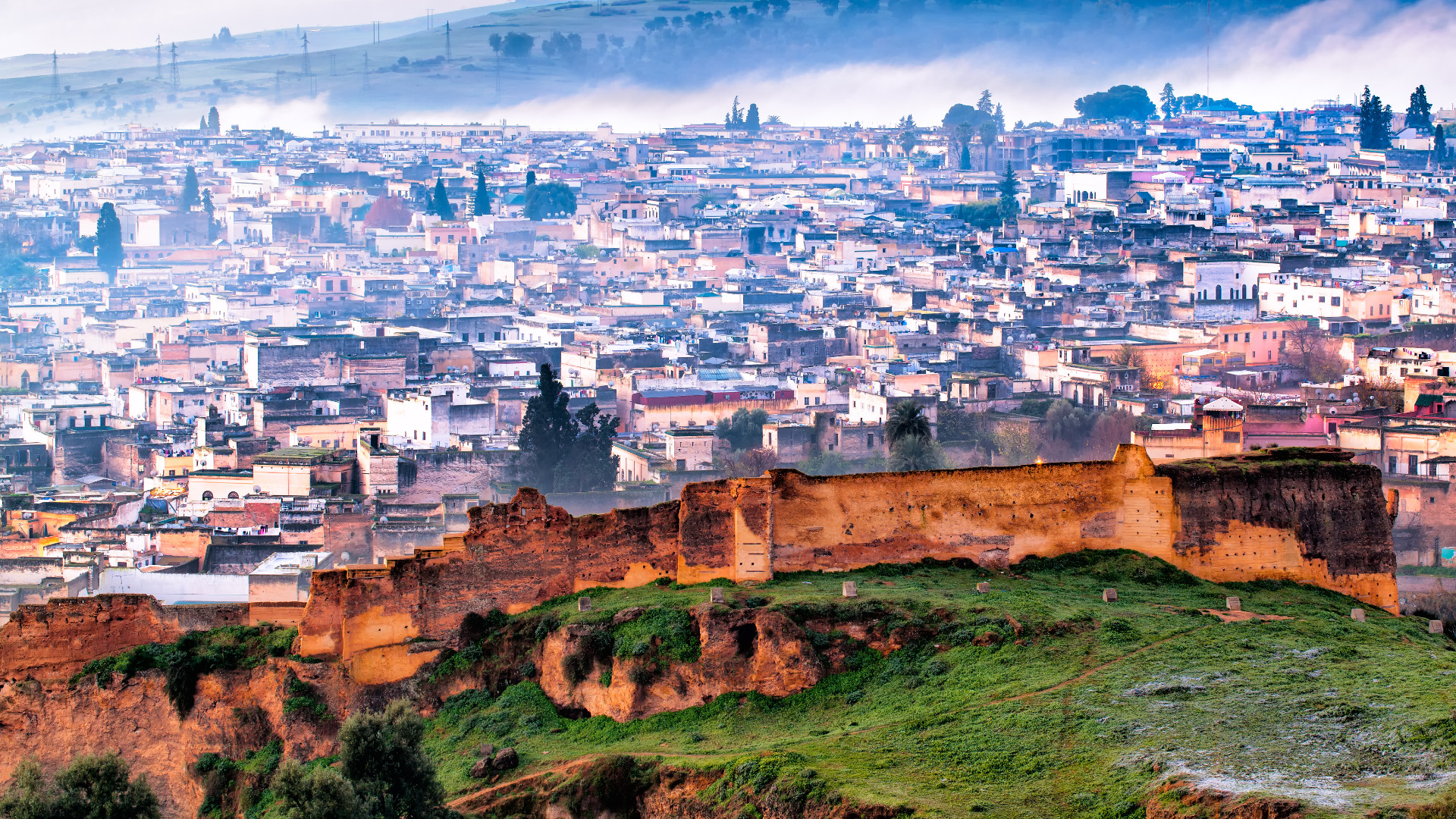 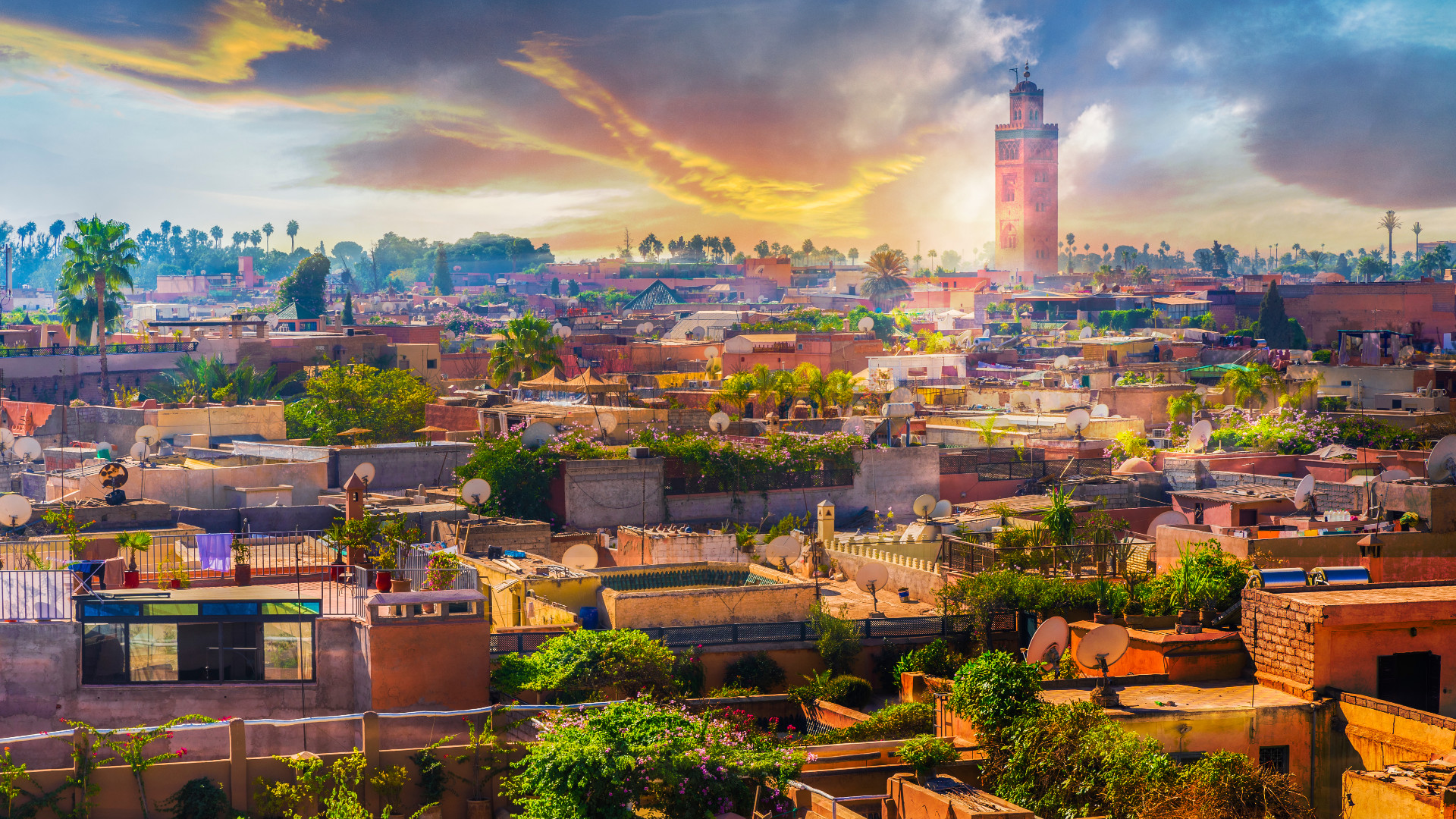 Day 5: Marrakech
Known as the “Pearl of the South,” Marrakech is situated at the foot of the Atlas Mountains and the gateway to the Sahara Desert. Sightseeing in this beautiful city includes the 16th-century Saadian Tombs, the Museum of Moroccan Arts, the fragrant Menara Gardens, and the magnificent Bahia Palace. In the afternoon continue to Djemaa-el-Fna Square, the heart of Marrakech. Enjoy a gastronomic dinner at a famous restaurant. (B,D) 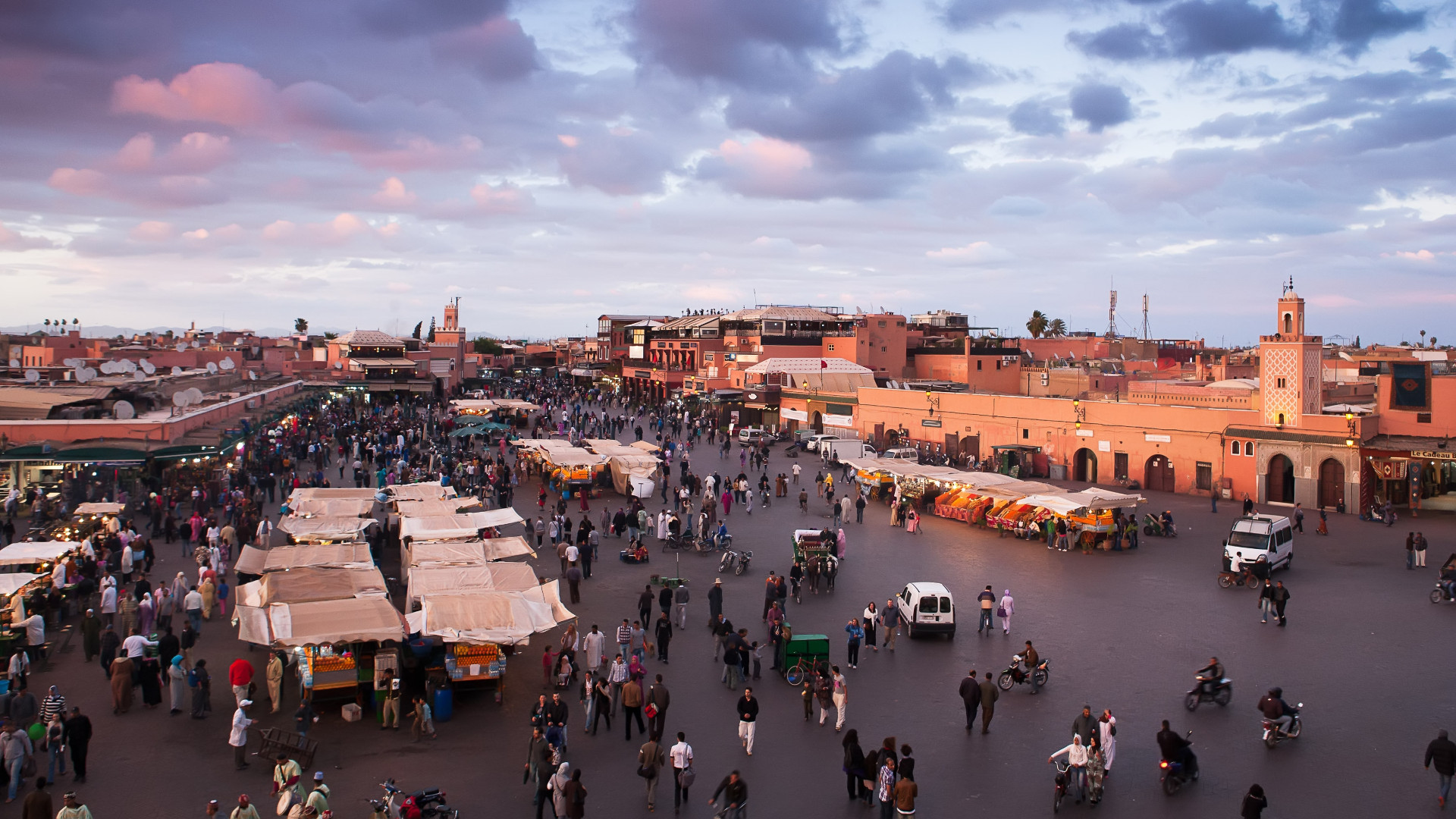 Day 6: Marrakech
Enjoy a day at leisure to explore the city. An optional cooking class is available. (B) 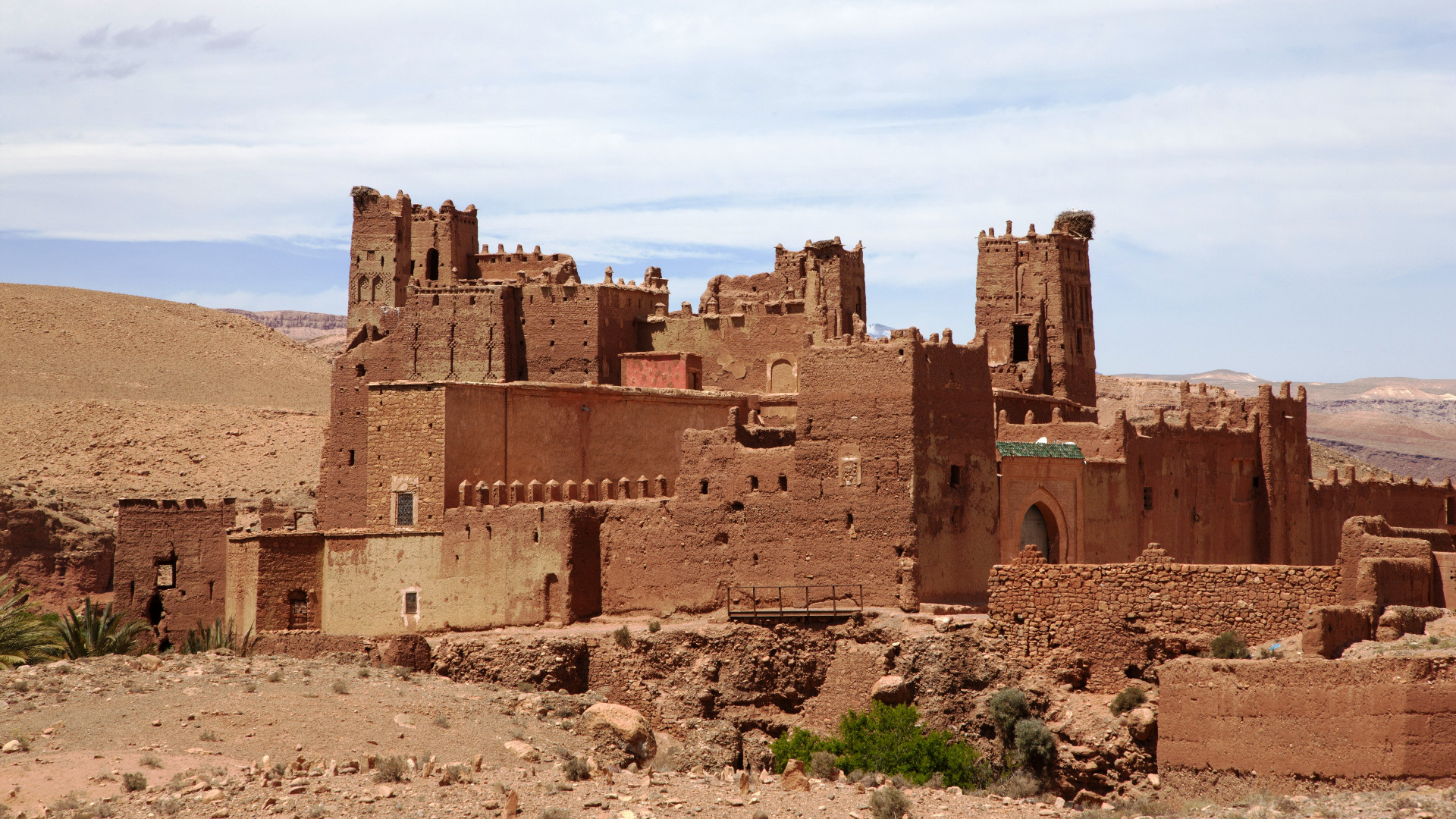 Day 7: Depart Marrakech
Transferred to the airport for your return flight. (B)